If you are feeling symptoms related to Coronavirus (COVID-19), please CALL your Primary Care Provider. | Symptoms include: Fever, Cough, Muscle Pain, Shortness of Breath, Sore Throat, Chills, Repeated Shaking with Chills, Headache, New Loss of Taste or Smell — *Please note this is not an inclusive list and you may experience some symptoms and not others. – Seek Immediate Medical Attention if you are experiencing: Trouble breathing, Persistent pain or pressure in the chest, New confusion or inability to arouse, Bluish lips or face | Your Primary Care Provider and the staff will work with you to determine your next steps. Your doctor has a protocol to work with the local health department to determine testing and additional care.
You are here: Home / Recent News / TPMG Pediatrics 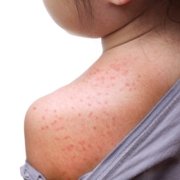 As the number of measles cases hits a record high this year, surpassing previous annual totals this century, parents are raising concerns. The disease, which was once eliminated in the United States, has resurfaced and spread across 23 states with an estimated 764 cases in May 2019, according to the Centers for Disease Control and Prevention (CDC).

What is the measles?

A highly contagious airborne virus, the measles is transmitted by direct contact and infectious droplets. The virus can live on surfaces for up to two hours and can be spread days before visible symptoms are present or after recovery. Initial symptoms include fever, runny nose, watery eyes, followed by a rash starting from the head and spreading to the rest of the body. In some cases, measles can cause severe health complications including pneumonia and encephalitis, which is inflammation of the brain. END_OF_DOCUMENT_TOKEN_TO_BE_REPLACED