If you are feeling symptoms related to Coronavirus (COVID-19), please CALL your Primary Care Provider. | Symptoms include: Fever, Cough, Muscle Pain, Shortness of Breath, Sore Throat, Chills, Repeated Shaking with Chills, Headache, New Loss of Taste or Smell — *Please note this is not an inclusive list and you may experience some symptoms and not others. – Seek Immediate Medical Attention if you are experiencing: Trouble breathing, Persistent pain or pressure in the chest, New confusion or inability to arouse, Bluish lips or face | Your Primary Care Provider and the staff will work with you to determine your next steps. Your doctor has a protocol to work with the local health department to determine testing and additional care.
You are here: Home / Recent News / Recent News / The Importance of Adequate Sleep in Your Teen’s Health

Ever wonder why your teenager is habitually grouchy when they come home from school? Rather than just a bad day, it could be a lack of sleep. Most teenagers are not getting an adequate amount of sleep each night, which can lead to many health and behavior problems.

The American Academy of Sleep Medicine recommends teenagers 13 to 18 years of age sleep eight to ten hours a night during this critical stage of growth and development. We know that there can be long-term impacts associated with poor sleep, which include a higher risk for obesity, diabetes, enlarged tonsils, injuries, poor mental health, and problems with attention and behavior.

Studies have shown that teenagers are the most sleep-deprived age group in the United States due to their schedules and increasing life demands. As they get older, teens begin to work after school, become more involved in after-school activities, and spend more time with friends. With so many activities and priorities competing for their time, getting an adequate amount of sleep usually falls lower on the list.

It is important for parents to encourage teens to keep a consistent sleep schedule and ensure they are getting up at a consistent time during the week and on weekends. By staying up too late at night, teens can disrupt their internal clocks, which can cause them to be sleepy and fall asleep at school, at work, or even while driving.

“We can help improve sleep health among teens by encouraging them to allow enough total hours of sleep each night, avoid screen time close to bedtime, avoid caffeine, and minimize daytime naps, limiting to no more than 20 to 30 minutes if they feel inclined,” said TPMG Sleep Medicine Specialist, Dr. Richard Parisi of Lung and Sleep Specialists at Williamsburg.

When a teenager hits puberty, a change in hormones triggers a shift in circadian rhythm—the normal sleep, wake schedule. For a teenager, instead of getting sleepy at 8 p.m. or 9 p.m., they may want to stay up until 10 p.m. or 11 p.m. While this is a normal phenomenon, it becomes problematic for kids who have to get up at 5:30 in the morning to go to school. “That’s why there is a strong national recommendation that school start times be pushed back for both high school and middle school to 8:30 a.m.,” said Dr. Parisi.

One of the leading studies that demonstrate the effectiveness of school start time on automobile crashes was done at Eastern Virginia Medical School (EVMS). They compared two local schools, a Chesapeake high school, which started at 8:45 a.m. and a Virginia Beach high school starting at 7:20 a.m. The study showed car crash rates were significantly higher with teenagers who started earlier compared to those with the later start time.

The American Academy of Sleep Medicine is advising parents and local school boards to work together to implement high school start times that allow teenagers to get the recommended nine hours of nightly sleep to reach their full potential.

If your teen is getting an adequate amount of sleep each night but still feels sleepy during the day, a sleep disorder may be the culprit. There are a few sleep-related disorders that can explain excessive daytime sleepiness, including Obstructive Sleep Apnea (OSA) and narcolepsy.

OSA occurs when the tissue in the back of the throat collapses during sleep, keeping air from the lungs and causing you to wake up, disturbing your sleep.

Narcolepsy is a sleep disorder that causes people to feel extremely tired during the day. Other symptoms may include cataplexy, a sudden attack of weakness triggered by strong emotion.

If you’re concerned your teenager has a sleep-related disorder, contact your primary care physician or a sleep medicine specialist for more information. 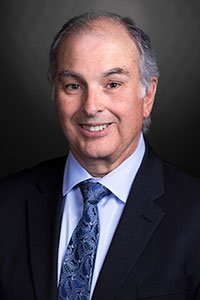 Richard A. Parisi, MD, is a fellowship trained, board certified physician with over 30 years of experience in Internal Medicine, Pulmonary Diseases, and Sleep Medicine. He is a Fellow of the American Academy of Sleep Medicine (AASM), a unique honor that recognizes special competency in sleep medicine and significant contributions to the field. Dr. Parisi has many years of experience in the field of sleep medicine, with a special interest in sleep apnea, narcolepsy, and other sleep-related disorders. He always strives to be a good listener while developing treatment plans in partnership with his patients.

Dr. Parisi sees patients starting at 13 years of age to adults and is accepting new patients.